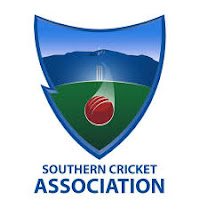 WITH plenty of history between New Norfolk and Gretna going back to the 1980s and through to the mid 2000s in the final years of the DVCA, today's Southern Cricket Association second grade grand final at Tynwald Park has much to offer from both sides.

The Red Caps have certainly earned the rights as favourites, finishing on top of the ladder by 23 points. They defeated Gretna in both of the roster matches they contested this seaosn, and then again in the send semi-final. Openers Rohan Heron and Jake King will look to continue their great form with the willow, while Stewart Rice and Richard Graham will look to figure in the wicket takers.

Gretna has plenty of experience in the team and will look to have everyone again playing their part. Ben Rainbird and Rhys Browning have been in good touch with the bat, as has Jackson Ackerly in the middle order. All-rounder Aaron Maddox has been very consistent with both bat and ball and handles the big moments well.

I’m not sure which team can take home the trophy, but what I do think is that it will be decided by a quick single.