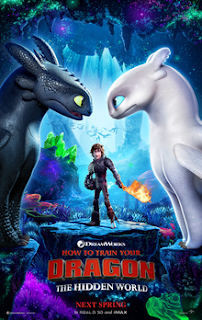 THE Upper Derwent Valley movie night planned for the last school holidays will now go ahead early next month thanks to the support of Westerway Primary School.

The planned screening of How to Train Your Dragon: The Hidden World last month had to be cancelled due to water damage at the original venue, the Westerway Community Hall.

Organised by the Derwent Valley Youth Future Action Team (D'FAT), the movie will now be seen at the local primary school on September 7. All welcome.

Entry costs $2 per person and the event will start at 7pm. Food and drinks will be available and children under six (accompanied by a paying adult) will be admitted free. This is a drug and alcohol-free event.

A spokesman said D'FAT was grateful for the support from Westerway Primary School. For more information contact D'FAT by emailing info@dfat.com.au, looking up the Facebook page or by calling Matt on 0459 096 003.