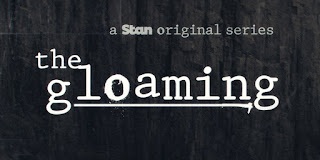 The State Government is contributing $1 million to the series, which is the latest creation of Tasmanian producer and writer Vicki Madden, of The Kettering Incident fame. The show, which began filming in the last week of March, will be shot entirely in Tasmania, with more than $7.5 million being spent on local goods and services, including accommodation, catering and transport.

Largely based in Hobart, the production will showcase the capital city, with locations such as Mt Wellington and the River Derwent forming the backdrop of the series. Yesterday's filming in New Norfolk included a unit on location at the river's edge at Fitzgerald Park.

The Gloaming is being produced for streaming service Stan and is expected to air later this year. International distribution will be handled by Disney's ABC Studios.

The cast includes Emma Booth (Underbelly, Glitch), Ewen Leslie (The Cry, Top of the Lake) and Aaron Pedersen (Mystery Road, Jack Irish). In the story, a reunited Victorian detective and a Tasmanian police officer must overcome the shared grief of their personal history to pursue a killer whose ritualistic crimes re-open the wounds of the past.

This latest series comes on top of other screen productions filmed in part in the Derwent Valley including three seasons of Rosehaven, The Kettering Incident, the 2011 motion picture The Hunter and Van Diemens Land (2009).
Posted by Ed at 9:30 AM