POLICE say there are suspicious circumstances surrounding a fire that destroyed the old Magra Village Store early this morning.

Tasmania Police and the Tasmania Fire Service attended the structure fire at 374 Back River Rd, Magra, just before 4am today. Despite the efforts of the firefighters, the weatherboard building was largely destroyed.

"A preliminary investigation was conducted by TFS and Police at the scene. Whilst the exact cause is yet to be determined, the matter is now being treated as suspicious," police said in a statement.

Built around 1960, the shop has been closed for some time and was recently sold by Derwent Real Estate. 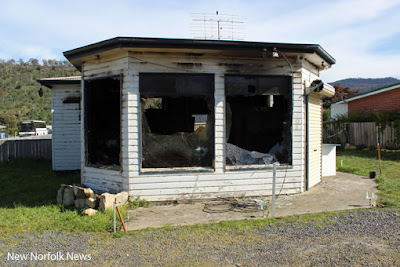