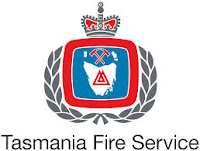 WATER-BOMBING helicopters are once again in the skies over New Norfolk as fire crews respond to a series of vegetation fires that were apparently sparked during a short thunderstorm over the Derwent Valley shortly after 7pm.

Fires were reported at Jefferys Track, Hydehurst Rd, Plenty Valley Rd, Mt Lloyd Rd and Uxbridge Rd in quick succession between 7.21pm and 7.42pm. These locations are at Lachlan, Glenfern, Mt Lloyd and Moogara. Tankers from local fire brigades were soon on the scene.

At 8pm the temperature at New Norfolk remained a hot 29 degrees and a total fire ban remains in force throughout southern Tasmania.

8.40PM UPDATE: The fire at Hydehurst Rd, Lachlan, is now reported as having been contained.

9.10PM UPDATE: The fire at Jefferys Track, Lachlan, is now reported as having been contained.

9.50PM UPDATE: The fire at Uxbridge Rd, Moogara, is now reported as having been contained. The temperature in New Norfolk has dropped to 26 degrees as rain grows heavier. The response to the fire at Plenty Valley Rd, Glenfern, has been reduced to a patrol. Further west of New Norfolk, vegetation fires have also broken out this evening at Strathgordon, Osterley, Strickland and Lake St Clair.

10.15PM UPDATE: The response to the fire at Mt Lloyd Rd, Mt Lloyd, has been reduced to a patrol. In New Norfolk the temperature has dropped to 25 degrees and continues to fall.
Posted by Ed at 8:18 PM