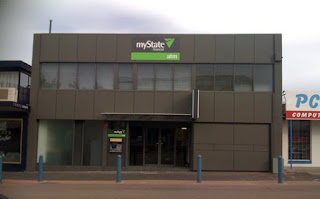 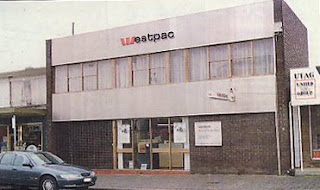 THE New Norfolk branch of MyState Financial has moved to a prime two-storey location in High St, directly opposite the post office.

The Tasmanian credit union has completely renovated the former Westpac bank which closed in 1997 and has since served as a video game parlour and as a government office. Built in 1968, the old banking chamber has been given a 21st century makeover and has been transformed into one of the state's most up-to-date finance centres.

The building at 45 High St has been completely renovated inside and out, with its modern facade giving a lift to the important mid-town location after some years of neglect. Benefits to customers and staff of the new branch include the latest technology, a new ATM, parking at the rear of the building and entrances from both High St and Leatham St.

MyState Financial and its predecessors have a substantial history in the town. Manager Janet Biggar has headed the local team since the first branch was established in 1987. Prior to that, various credit unions had operated agencies at New Norfolk. When two of those merged to form Island State Credit Union the new organisation opened a branch at 31 High St, where the small premises of the National Australia Bank had become available after that institution moved to new facilities further down the street.

In 1994 Island State relocated to 5 High St for several months while its old premises were demolished and a new branch erected in its place. Last year saw the amalgamation of the Island State and Connect credit unions to form MyState Financial. The size of the combined entity and its number of members in the Derwent Valley warranted a further expansion, which resulted in the opening of the new branch on October 6.
Posted by Ed at 8:17 PM